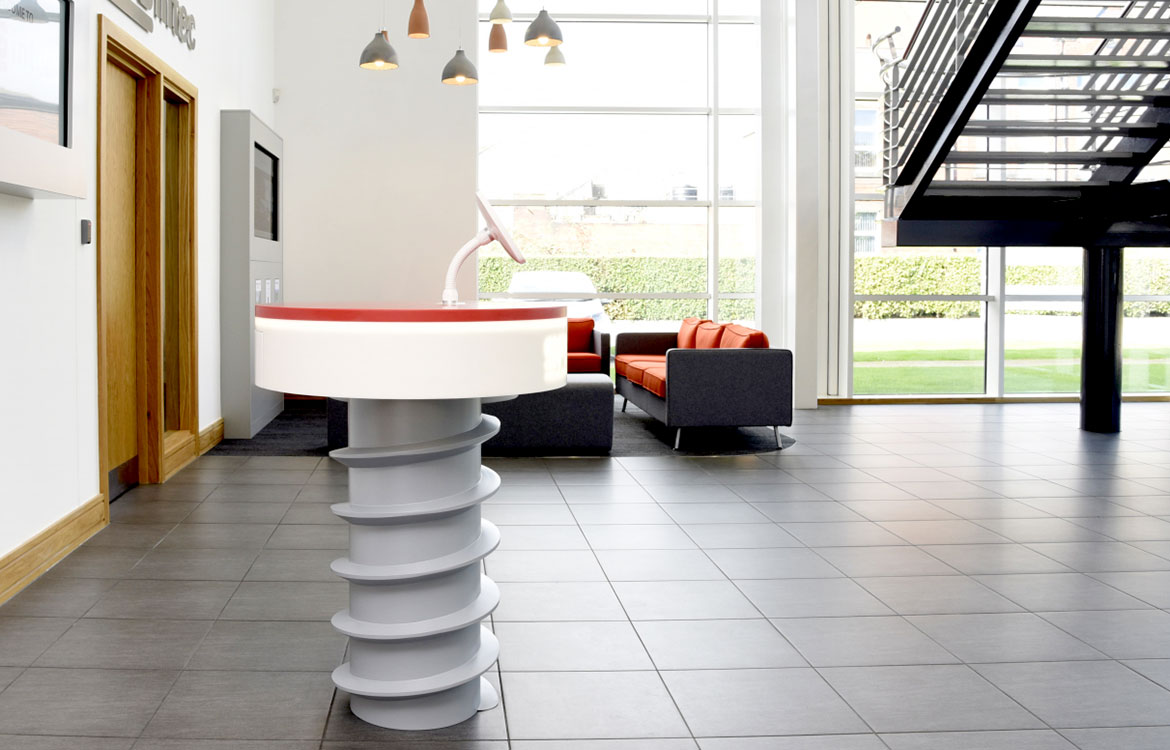 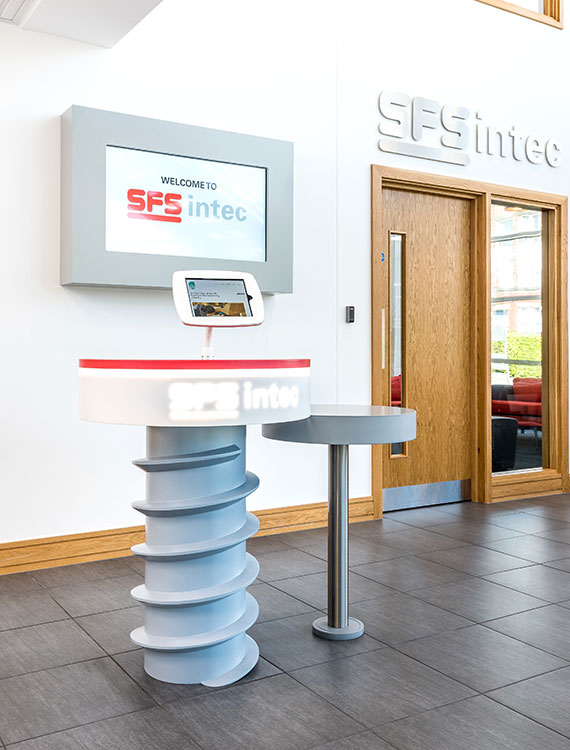 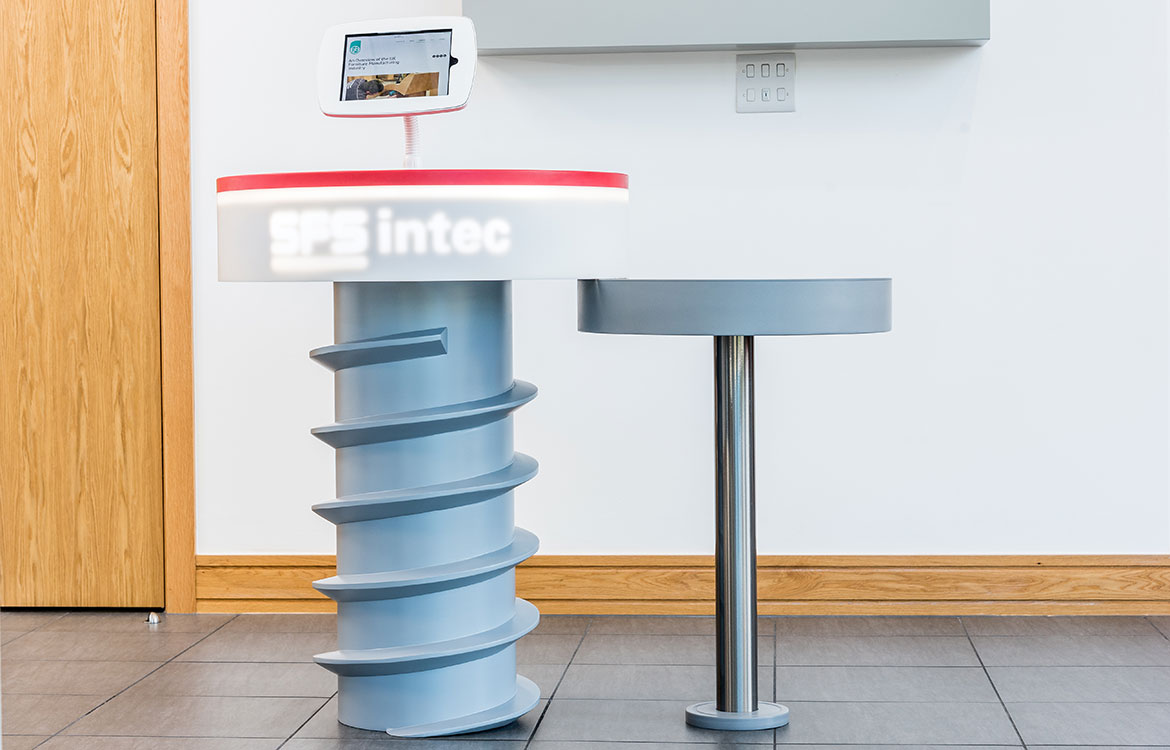 The brief
SFS Intec Ltd is the world’s largest manufacturer of roof fastening systems. Having been based in Leeds for more than 100 years, the company has grown to oversee the opening of 80 locations worldwide. GB Projects was approached as SFS had difficulty in finding a manufacturer to turn its reception counter concept into reality, having been told the ideas were unachievable. The new counter was required to emulate one of the roof fastenings that SFS manufactures and it should look as though it was screwed into the floor. It also needed to include a small area for storage, have iPad capability and the space to display the brand’s logo.

Our solution
We spent time consulting with the client to develop an idea to best meet the needs of the project. It was agreed that Corian was the material that would be up to the job as it’s available in a huge range of colours and can be thermoformed into various shapes, which enabled us to create the screw effect. We used three variations of Corian to produce the reception counter including 6mm thick Corian ice white which is translucent and allowed the SFS logo to be illuminated on the front of the counter.